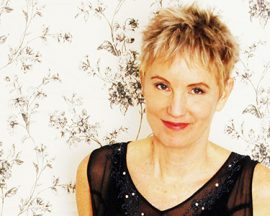 Eliza Gilkyson is a Texas-based singer, songwriter, and activist who has become one of the most respected musicians in folk, roots, and Americana circles.  Eliza entered the world of music as a teenager, recording demos for her father, Terry Gilkyson, himself a well-known singer, songwriter, and lyricist. Her first studio recording was in 1969, and the prolific artist has released 20 more albums since then.  Her 2004 record, Land of Milk and Honey, was nominated for a Best Contemporary Folk Grammy, and her 2014 album, The Nocturne Diaries, earned a Best Folk Album Grammy nomination.  Of interest to Folk Harbour fans, she is a member of the critically acclaimed supergroup, Red Horse, with John Gorka and Lucy Kaplansky.  Eliza is an impressive artist who has produced consistently excellent music, largely on the strength of her intelligent, poetic lyrics, and her marvellous voice.  This year marks her first Festival appearance.

All session by Eliza Gilkyson